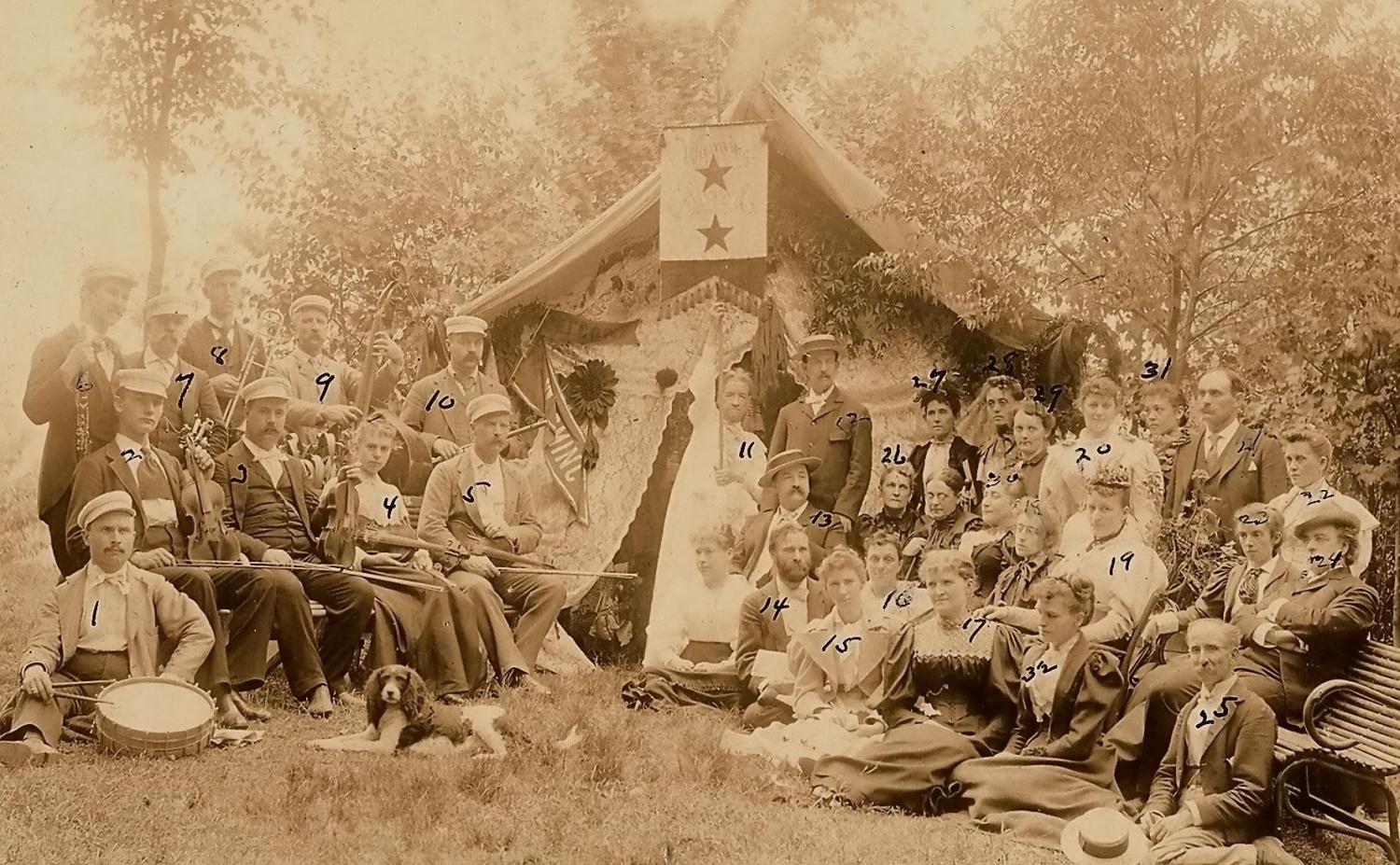 Pictured above, Susan B. Anthony, photographed at Lily Dale, N.Y.  Anthony is seated in front of the person numbered 27.  The woman at the center of the photo holds a banner with "Wyoming" and "Colorado" written on it, two of the earlier states to grant women the right to vote.  Photo courtesy of Chautauqua County Historical Society, Westfield, N.Y.

MAYVILLE, N.Y.:--On Friday, June 28, 2019 at 2 p.m., an historical marker will be unveiled in front of the Chautauqua County Court House. The event will take place on the lawn in front of the old courthouse building on 1 N. Erie St. in Mayville, N.Y.

The historical marker commemorates Susan B. Anthony coming to Chautauqua County in December, 1854, the first stop of her statewide campaign to establish women’s rights committees in every county.  Susan B. Anthony spoke at the courthouse, and then travelled to Sherman where she spoke to a “large and enthusiastic” crowd.

Michelle Henry, Chautauqua County Historian, received a grant from the William G. Pomeroy Foundation® to pay for the marker.

“It is exciting to know that Chautauqua County was Anthony’s first stop,” said Henry. “From here she travelled east, holding meetings in each county to encourage local residents to organize equal rights committees.”

The Susan B. Anthony marker is part of the Pomeroy Foundation’s New York State Women’s Suffrage Historic Marker Program, which is one of its special commemorative signage grant programs.  In 2017, New York State celebrated the 100th anniversary of women’s suffrage being signed into law.  The Pomeroy Foundation wanted to help commemorate this heritage with markers that honor historical connections to women’s suffrage.  It was part of a broader statewide celebration led by Humanities New York.  With the centennial of the passing of the 19th Amendment happening in 2020, the Pomeroy Foundation is also supporting a National Women’s Suffrage Marker Program, funding up to 250 roadside markers across the United States.

“These landmark anniversaries serve as an important reminder of the pioneers of women’s suffrage and the impact they had on history,” said Deryn Pomeroy, trustee of the Pomeroy Foundation.  “We are proud to support Chautauqua County and the Office of the County Historian in their effort to commemorate Susan B. Anthony with this new historic marker.” 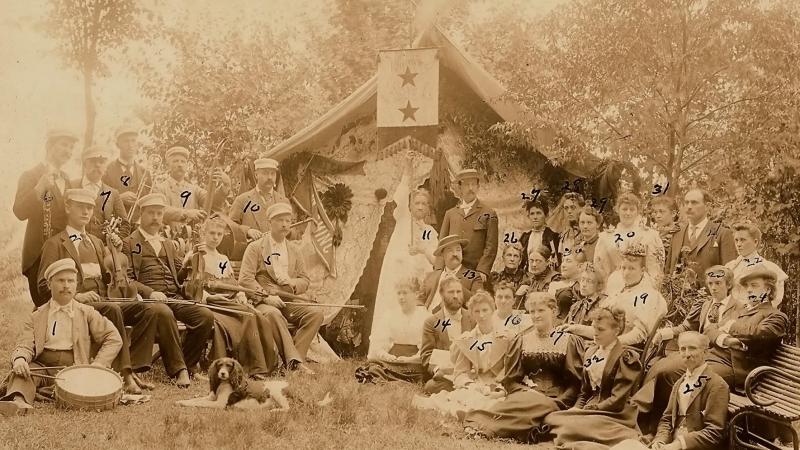