Photo Caption: Conversion to LED lighting at the Jamestown Airport’s Oak Hill Road tunnel will contribute to annual savings of nearly $40,000 per year for the Chautauqua County Department of Public Facilities.

Chautauqua County’s Division of Planning and Community Development, in partnership with Department of Public Facilities, recently announced that the County received a $150,000 Clean Energy Communities grant in 2019 from the New York State Energy Research and Development Authority (NYSERDA). The grant funds will be used to support three clean energy projects for DPF that will provide major cost and energy savings to the County.

“This is exciting news,” said Chautauqua County Executive PJ Wendel. “NYSERDA has led the charge in cost-saving measures as they relate to clean energy initiatives. I am excited to see the upgrades and the savings with this grant.”

The grant projects include the purchase of three Chevrolet Bolt electric vehicles to replace existing gasoline vehicles, the installation of two electric vehicle charging stations for use by DPF staff, the conversion to LED lighting at the Jamestown Airport’s Oak Hill Road tunnel, and the conversion of parking lot lighting at the DPF’s Falconer Shop to LEDs. Because electric vehicles and LED lights are substantially more energy efficient than the vehicles and lights they respectively replace, these projects will save the County nearly $40,000 per year in energy costs.

“As one of my first initiatives during my tenure on the Legislature, I am very proud of the collaborative effort that led to Chautauqua County’s ‘Clean Energy Community’ designation,” said County Legislator Mark Odell. “We also had several towns and villages within the County that have attained this status by completing high-impact energy-related actions and have received awards ranging from $5,000 to $100,000 to further improve and modernize their energy infrastructure as well. County-wide we had an influx of over $600,000 awarded through this initiative. Our attainment of this Clean Energy Community designation will further elevate Chautauqua County’s ranking for business recruitment as well.”

“With this grant, the Department of Public Facilities is excited to help the State achieve its environmental goals by purchasing the first ever all-electric vehicles for use by DPF as well as replacing old and inefficient lighting at various county locations,” said Brad Bentley, Chautauqua County Director of Public Facilities. “This grant came at a great time, as DPF needs to replace old fleet vehicles, so this also has a direct savings.”

Alicia Barton, President and CEO, NYSERDA said, “Through NYSERDA’s Clean Energy Communities program, more than 300 communities in every corner of the state are stepping up to help build a cleaner, more sustainable New York. Today’s announcement reflects the pivotal role that local communities like Chautauqua County play in advancing clean energy solutions that provide major cost and energy savings to its residents and support Governor Cuomo’s nation leading transition to a carbon-neutral economy while stewarding our environment for future generations.”

In order to be eligible for these grant funds, the County had previously earned designation in May 2018 as a Clean Energy Community by NYSERDA, recognizing its leadership in reducing energy use, cutting costs, and driving clean energy locally. The County received the designation for completing the following four high-impact clean energy actions identified by NYSERDA as part of the Clean Energy Communities initiative:

Announced by New York State Governor Andrew Cuomo in August 2016, the $16 million Clean Energy Communities initiative supports local government leaders across the state by providing grants to eligible municipalities to implement energy efficiency, renewable energy and sustainable development projects in their communities. Clean Energy Communities advance the Governor’s Green New Deal by demonstrating the importance of communities in helping New York reach its goal of having a carbon-neutral economy as soon as practicable and a carbon-free power grid by 2040. 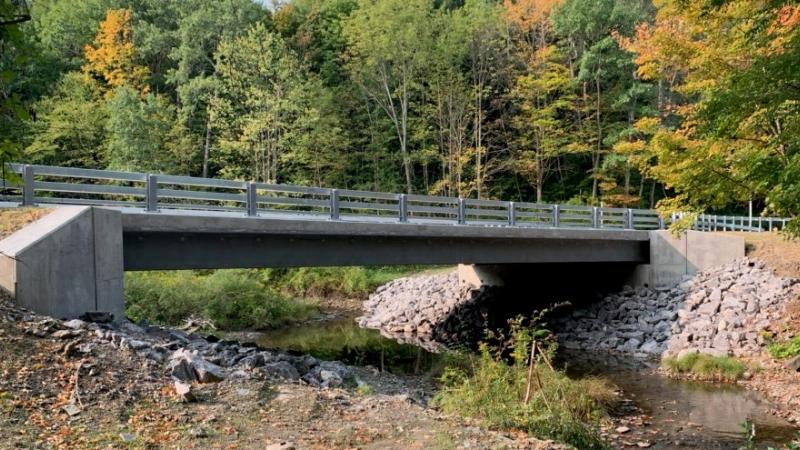 County Route 18 Bridge Replacement Over Prendergast Creek in the Town of North Harmony to Open Sept. 15, 2020 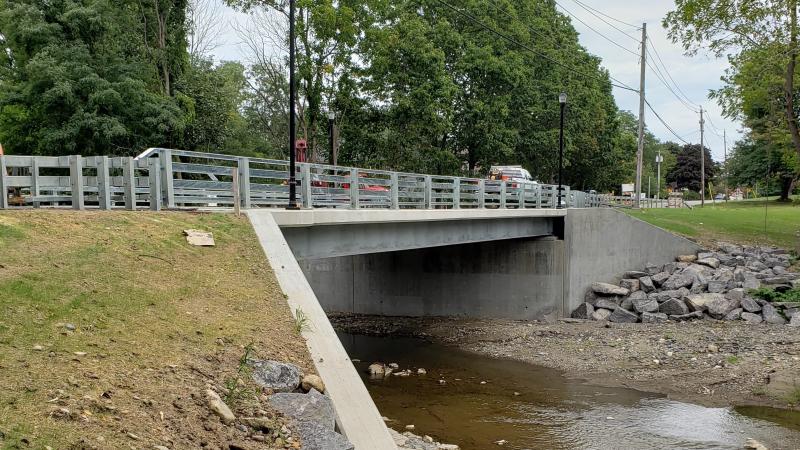 Matteson Street Bridge Replacement Over Canadaway Creek in the Village of Fredonia to Open Sept. 11, 2020 Chautauqua County Continues to Provide Access to the Outdoors Matteson Street Bridge Replacement Over Canadaway Creek in the Village of Fredonia to Begin April 6, 2020